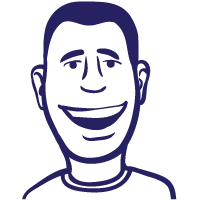 Hello, my name is Eric and this is my industrial and manufacturing blog. So many people seem to sit around using amazing products without stopping to think about where they came from. I know this because I used to be one of those people. However, all that changed when I visited my friend Steve. He is the general manager of a company which produces all kinds of cool goods. Steve invited me to his factory and production plant and I spent a few days there hanging out and learning all kinds of cool stuff. Since then I have been learning all I can about this topic.

Pallet cages or stillages are some of the most ver …

Despite its high susceptibility to rusting, steel …

If you want to install steel fence posts, then you …

Your choice of machines can make all the differenc …

Sandblasters are extremely effective at polishing metal and plastic surfaces. Because of this, many types of manufacturers use this equipment in their facilities. Here are two precautions which should be taken when operating a sandblaster in order to minimise the risk of employees getting hurt whilst it is being used.

Sandblasting equipment should only be used in an unoccupied area of an industrial facility. The reason for this is as follows; some of the sand that is emitted by the sandblasting equipment will become airborne. If the equipment is used in a busy part of a facility, where there are dozens of employees walking past it or working nearby, there is a risk that at least a few of these individuals will end up either inhaling or ingesting some of these airborne particles.

This is problematic for two reasons. Firstly, due to the abrasive nature of these tiny particles, they can inflict serious internal damage on anyone who accidentally breathes them in or ingests them. A person who does this may experience both immediate health issues (such as respiratory distress if they inhale the particles, or stomach pain if they ingest them), as well as long-term health problems (for example, the abrasive sand particles could potentially scar their lungs if they are inhaled).

Secondly, if an employee who is operating a forklift or a boom lift has a coughing fit as a result of inhaling airborne sand particles, they could end up losing control of the machinery and hitting one of their co-workers with it.

As such, it is important for the person who has been tasked with using the sandblaster to do so in a quiet part of the facility.

Make sure the operator is provided with protective coveralls

Before an employee starts to use this equipment to sandblast a specific item, they should put on protective coveralls. As the name itself implies, this item of clothing will shield almost all of the wearer's body, from their head to their feet. This type of protective clothing is essential, as it will drastically reduce the risk of the operator being injured when they use the sandblasting equipment.

If, for example, the handle of the equipment slips from their hands midway through the sandblasting process and the nozzle ends up being pointed towards their body, their coveralls will protect their skin from the abrasive sand particles that are emitted from the nozzle. If they were not wearing coveralls and this type of incident occurred, the sand particles could strike their exposed skin and leave them with deep cuts and permanent scars.